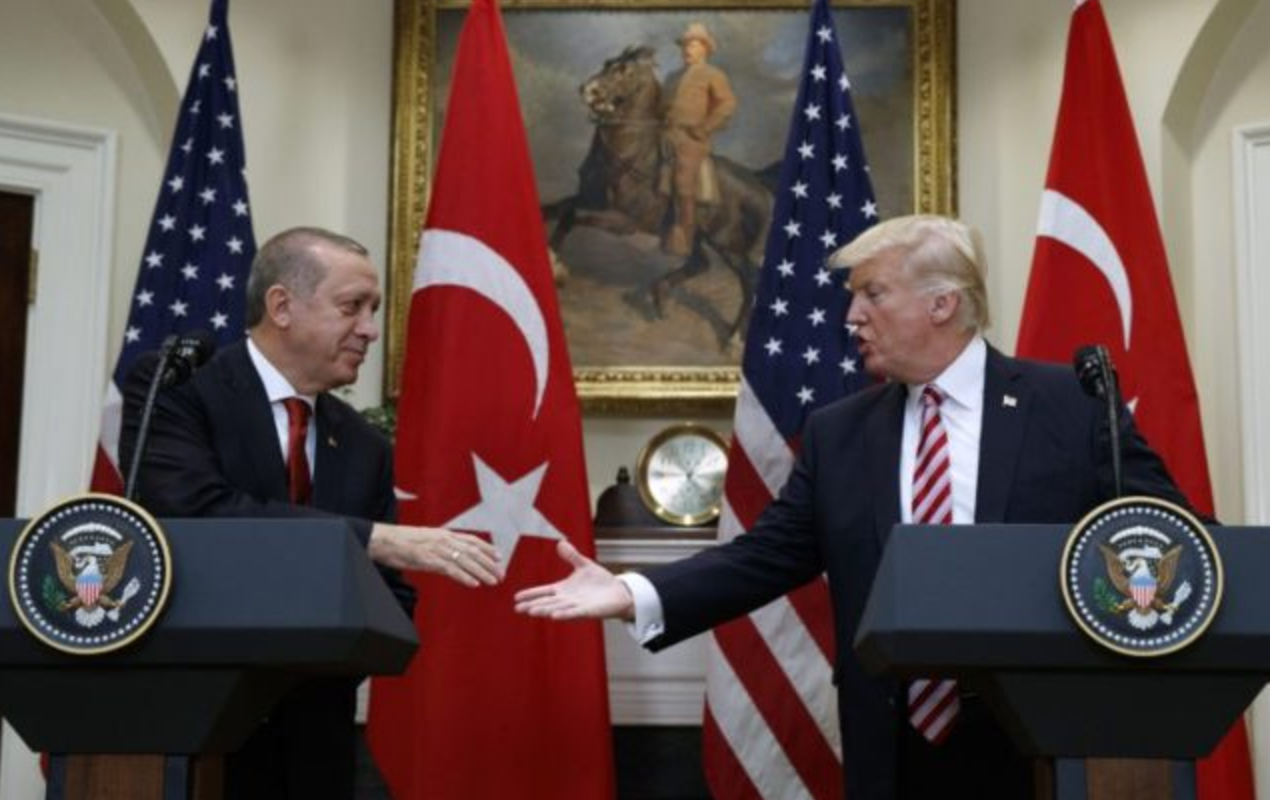 Our Legal Director Ron Fein shares analysis of President Trump’s inaction following the attack of US demonstrators by Turkish Bodyguards, while the President met with Turkish President Erdoğan.

In May, Turkish bodyguards, employees of a foreign government, attacked US demonstrators, injuring at least 11 people, and creating a major social media storm. All of this took place while the President was meeting with Turkey’s President. And the main response  came from a local police department, not the White House.

“And it’s no coincidence that this tepid response happened under the Trump administration rather than another, because the president is locked in a sordid embrace with the Turkish government,” says Ron Fein.

To read the full piece on Truthout, click here.

Trump himself has openly admitted that he has a “little conflict of interest” in dealings with Turkey because of his buildings there — the Trump Towers Istanbul. In a December 2015 radio interview on Breitbart News, host (now White House chief strategist) Steve Bannon asked Trump if Turkey was a “reliable partner.” Trump responded:

I have a little conflict of interest ’cause I have a major, major building in Istanbul. It’s a tremendously successful job. It’s called Trump Towers — two towers, instead of one, not the usual one, it’s two.

Erdoğan (who, as Ivanka Trump tweeted, was present for the 2012 launch of the real estate project) has not hesitated to use this leverage. In June 2016 after a statement by Trump angered Erdoğan, the Turkish leader threatened to remove the name “Trump” from the buildings — a threat he only dropped after Trump praised Erdoğan’s strongman tactics in dealing with opposition. Since then, Erdoğan has reciprocated by defending President Trump against protesters in the United States.

President Trump, who has his own track record for inciting violence at rallies, was almost silent on the matter. His prolific Twitter account made no mention of the attacks. And while some might argue that a President might “tread carefully with a key US ally in a problematic region of the world,” we’ll never know if Trump was acting in good faith.

“We will never know whether his silence is because of a considered national security judgment, or because of a pair of luxury buildings with his name on them.”

Those peaceful demonstrators have a constitutional right under the First Amendment to speak and “peaceably to assemble.” Trump swore an oath to “protect and defend the Constitution of the United States.” That includes defending the First Amendment, and it includes defending people on US soil from attack by security forces from a foreign country. And there’s no exception for a pair of fancy buildings.

This original post appeared on the Free Speech For People blog on 6/25/2017.