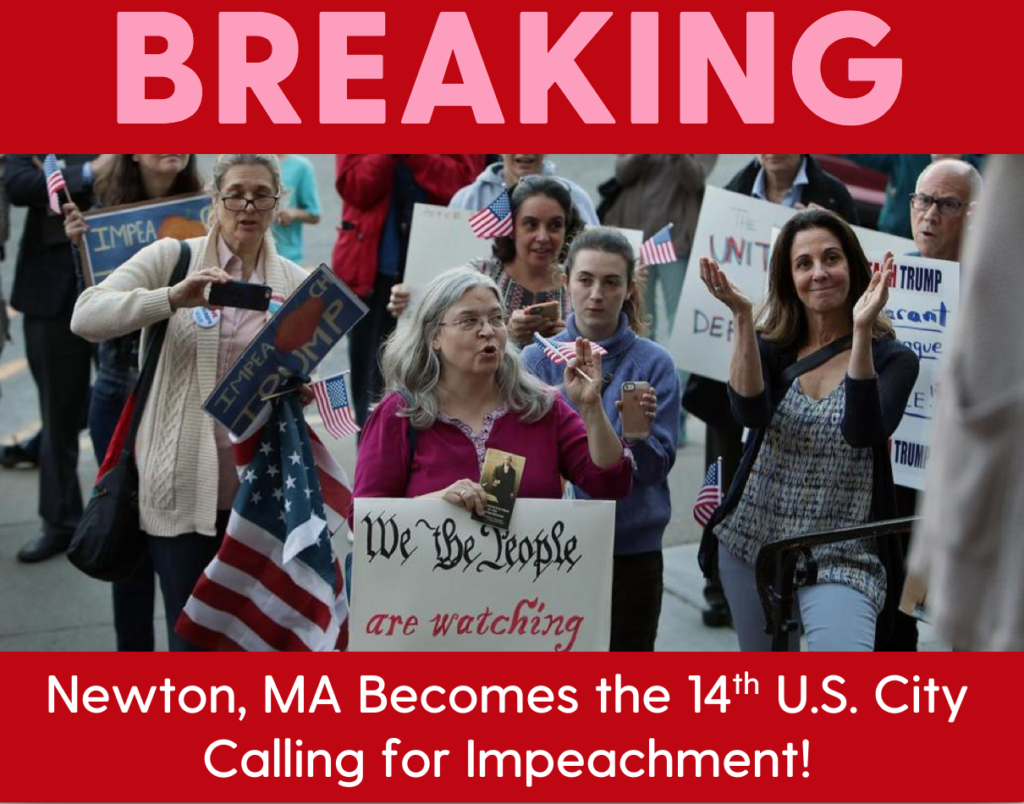 We have great news to report from Newton, Massachusetts! Last night, the City Hall became the fourteenth community in the country to pass a resolution calling on Congress to launch an impeachment investigation of President Trump.