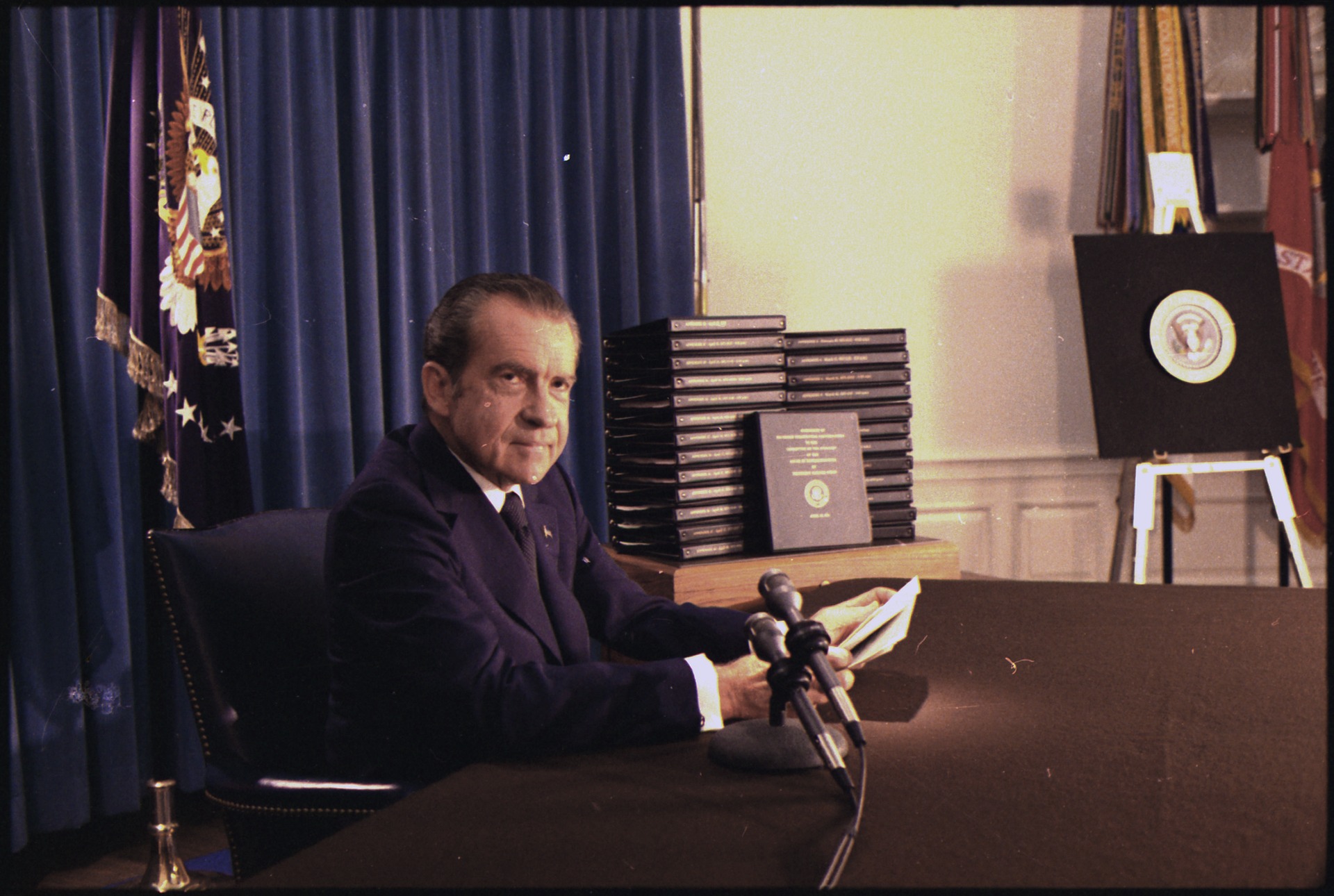 In a recent opinion piece in the New York Times, Elizabeth Drew, a veteran reporter who covered Watergate, lays out a clear argument for why the House should begin impeachment investigations of President Donald Trump.

The founders put the impeachment clause in the Constitution to allow Congress to hold accountable, between elections, a president who’s abusing power. They specified that “high crimes and misdemeanors” are not necessarily crimes on the books but arise from the singular power of the presidency.

Ms. Drew further clarifies misconceptions about impeachment, drawing from history and the circumstances of the impeachment investigation of President Nixon:

Many people are getting their history and their definition of impeachment wrong by asserting that what forced Nixon to resign was the revelation in August 1974, very late in the process, of a recording of his trying to obstruct justice. This leads them to the erroneous conclusion that it’s essential to find a “smoking gun” to impeach a president.

When, in fact, the House Judiciary Committee had already approved three articles of impeachment against Nixon by the time the tapes were discovered. There is no need to find a “smoking gun” to begin an impeachment investigation. We have already established eleven grounds for impeachment, including obstruction of justice and using the office of the presidency to prosecute political adversaries – two of the same grounds upon which Nixon was implicated.

The supposed political risks of starting an impeachment investigation do not outweigh the numerous abuses perpetrated by Trump. To hold off on the impeachment fight would only condone the president’s ongoing constitutional violations.

The Democrats may succeed in avoiding a tumultuous, divisive fight over impeachment now. But if they choose to ignore clear abuses of the Constitution, they’ll also turn a blind eye to the precedent they’re setting and how feckless they’ll look in history.

To read the full article in the New York Times, click here.