Last week, Free Speech For People Legal Director, Ron Fein, sat down with Sonali Kolhatkar, on Rising Up With Sonali, to discuss the end of the investigation by Special Counsel Robert Mueller and its implications for Trump’s future.

In his summary, Attorney General William Barr quotes Mueller’s report directly: “while this report does not conclude that the president committed a crime, it also does not exonerate him.”

Regardless of whether Trump committed any “crimes,” we still have plenty of evidence that President Trump has gravely and repeatedly violated the Constitution. The Mueller Report should be made public, but Trump’s actions have already spoken for him, and the answer is impeachment.

Watch Ron Fein’s discussion on Rising Up with Sonali below to learn more about these violations and why the end of Mueller’s report does not mean an end to impeachment.

President Trump has been directly implicated—by his own personal lawyer—in a criminal conspiracy to illegally influence the election. This justifies an impeachment investigation.

On August 21, 2018, President Trump’s personal lawyer, Michael Cohen, pleaded guilty to eight criminal charges. Two of those charges stem directly from criminal actions that he took at the direction of then-candidate Trump in connection with Trump presidential campaign.

END_OF_DOCUMENT_TOKEN_TO_BE_REPLACED

Thursday, March 14, Free Speech For People Co-Founder and President, John Bonifaz, was on Democracy Now! to make the case for why Congress must immediately begin impeachment proceedings against Donald Trump.

Watch the interview below and read the transcript on Democracy Now!

At a press conference held on Wednesday, March 6, Representative Rashida Tlaib announced that she plans to file a resolution this month to start an impeachment investigation of President Trump.

Representative Tlaib emphasized the urgency of impeachment and addressed concerns:

“I think every single colleague of mine agrees there’s impeachable offenses. That’s one thing that we all agree on. We may disagree on the pace. We may disagree that we have to wait for certain hearings, but at the same time, I think they all know the dangers of allowing President Trump to continue to violate our United States Constitution.”

John Bonifaz, Free Speech For People’s Co-Founder and President, joined the new By the People campaign for this historic announcement in Congresswoman Tlaib’s office, and he also spoke at the press conference, highlighting the overwhelming evidence that Trump has committed impeachable offenses. Bonifaz expressed Free Speech For People’s support of Representative Tlaib, stating:

“We applaud Congresswoman Tlaib for her courageous and bold leadership, and we urge all Members of Congress to join her.”

He went on to urge Congress to act now to address this constitutional crisis:

“Now is not the time for traditional congressional oversight. Now is the time for Members of Congress to face this extraordinary moment in history, to confront this constitutional crisis threatening our nation, and to start an impeachment investigation of this president.” 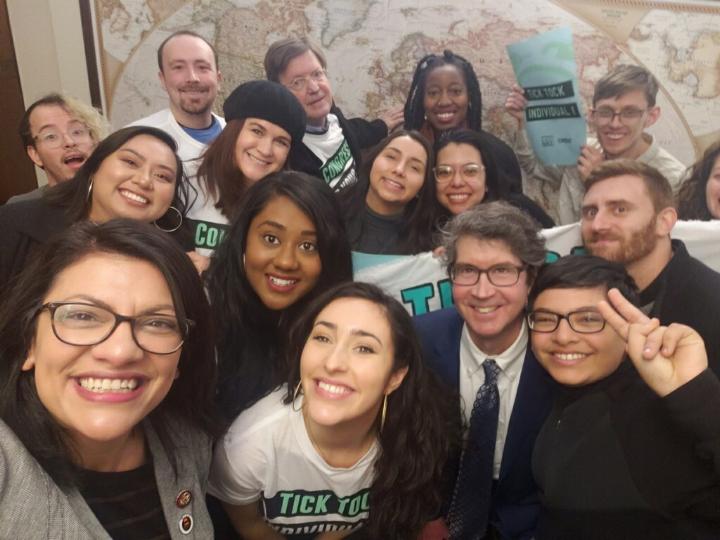 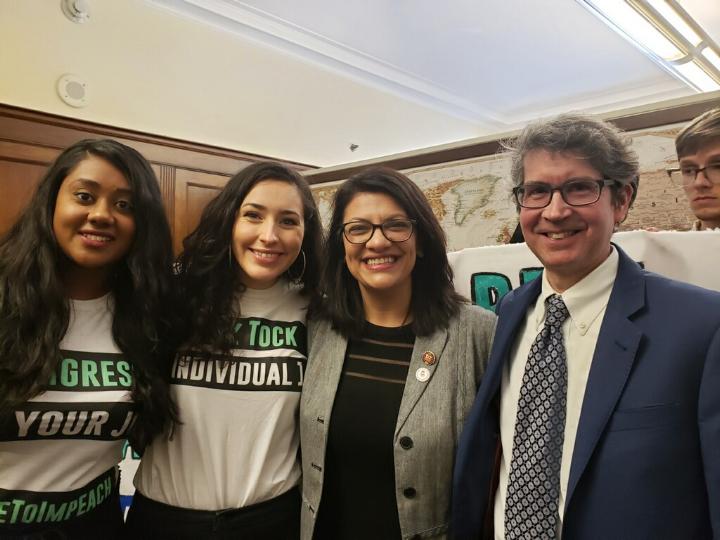 Read more about Representative Tlaib’s press conference and her plans to file the resolution in the Detroit News and in Newsweek.

Need To Impeach and Free Speech For People hosted a press conference last month ahead of an impeach Trump advocacy day on Capitol Hill where 300 citizens from across the country met with their Members of Congress to deliver draft articles of impeachment and copies of the book The Constitution Demands It: The Case For The Impeachment of President Trump.

Watch the press conference below!