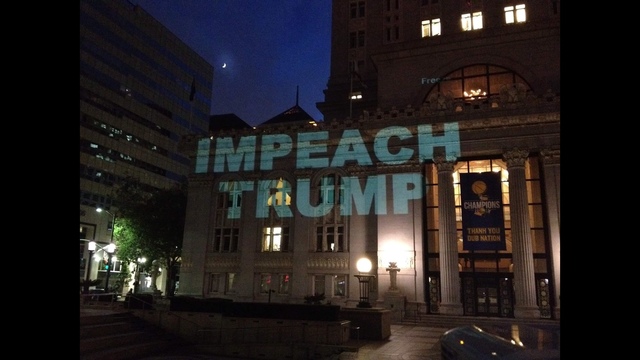 In Santa Cruz, resident Michelle Wilson spoke during public comments, saying she believes Trump is not the right kind of role model for the country. “We can’t live with a president that’s teaching us unjustice. We need justice, and we all need to come together as one.”

In Oakland, supporters and volunteers shone the words “Impeach Trump” on City Hall.

For more coverage, visit KTVU and the Santa Cruz Sentinel. 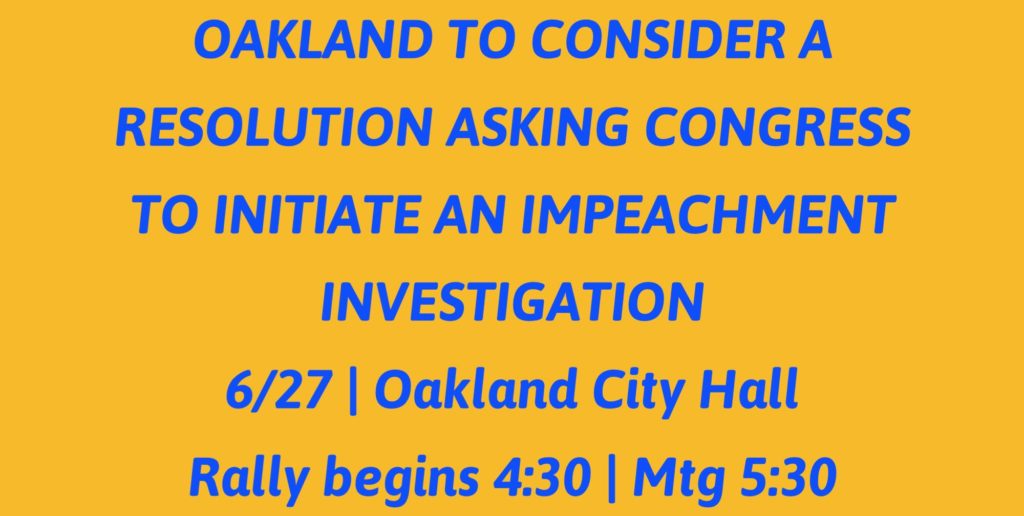 Our Legal Director Ron Fein shares analysis of President Trump’s inaction following the attack of US demonstrators by Turkish Bodyguards, while the President met with Turkish President Erdoğan.

In May, Turkish bodyguards, employees of a foreign government, attacked US demonstrators, injuring at least 11 people, and creating a major social media storm. All of this took place while the President was meeting with Turkey’s President. And the main response  came from a local police department, not the White House.

“And it’s no coincidence that this tepid response happened under the Trump administration rather than another, because the president is locked in a sordid embrace with the Turkish government,” says Ron Fein.

To read the full piece on Truthout, click here.

END_OF_DOCUMENT_TOKEN_TO_BE_REPLACED

As the campaign develops and grows, so will the information we provide you. Our ‘Frequently Asked Questions’ (FAQs) page will evolve with new developments, so be sure to check back in often.

In a letter sent today to all House members, Rep. Brad Sherman lays out a case  to launch impeachment proceedings against President Trump.

In a statement, Sherman added that he has “no illusions” that the House will pass articles of impeachment anytime soon, since Republicans control Congress.

But given Comey’s bombshell statements last week about the president’s inappropriate comments to him, Sherman said it’s Congress’ job to hold Trump accountable.

“The evidence we have is sufficient to move forward now,” Sherman said. “And the national interest requires that we do so.”